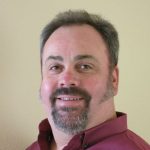 Allan Foster, Kantara Initiative President, ForgeRock Vice President Community – Allan is currently VP Community at ForgeRock Inc.  As one of the founders of ForgeRock, he has helped build ForgeRock into a multinational Identity Management software vendor with offices on four continents. Having served in multiple positions during its startup, Allan is now responsible for leading the worldwide ForgeRock community. This includes the contributing developer community, as well as the representation of ForgeRock on multiple standards committees.  In the twenty years prior to ForgeRock, Allan founded and ran a successful small consulting business focusing on the Identity Management space, with clients all over the world. With a small and dedicated staff, Guru Associates built a reputation for delivering projects on time, and under budget. Allan currently serves on the Board of Directors of the IEEE-ISTO, Allan is a sought after speaker at international technical conferences where he has spoken on various technical topics. 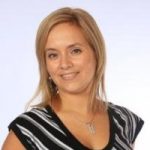 Additionally, she has over a decade of service to the IEEE Standards Association (SA) and Industry Standards and Technology Organization (IEEE-ISTO) as a Senior Program Manager . She is a member in good standing of the American Society for Association Executives (ASAE) and an honors graduate of Rutgers University Information Technology and Informatics (ITI) programme at the School of Communication and Information (SC&I). 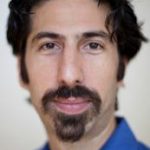 Ian Glazer is a Research Vice President and the Agenda Manager on the GTP Identity and Privacy Strategies team. He leads IdPS’ coverage for authorization and privacy. Topics within these two main areas include externalized authorization management, XACML, federated authorization, privacy by design, and privacy programs. Other topics he covers include user provisioning, identity and access governance, access certification, role management, identity data quality, and national identity programs. Ian is also a member of the National Strategy for Trusted Identities in Cyberspace (NSTIC) Identity Ecosystem Steering Group’s Management Council. As an At-Large delegate to the Management Council, he ensures that all voices are heard among the wide range of industries, technologies, and advocates for whom identity, privacy, and NSTIC are crucial. 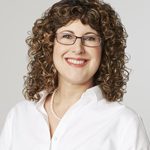 Eve was formerly a principal analyst at Forrester Research, advising clients on emerging identity and security solutions, consumer-facing identity, distributed authorization, privacy enhancement, and API security. Previously Eve was an identity solutions architect with PayPal and earlier a technology director at Sun Microsystems, where she co-founded and made major contributions to the SAML federated identity standard. In a previous life she co-invented XML.

Maciej Machulak, CEO, Cloud Identity Limited – Dr Maciej Machulak specializes in security, privacy and trust in the Cloud as well as in personal data management. He is the founder and CEO of Cloud Identity Limited where he works with his team on research and development of innovative identity management and privacy solutions that allow individuals to have better control over their personal information in the Cloud. As the lead architect and developer, he also advises companies during all stages of their projects and helps them adopt processes and deploy technologies that allow their users protect their privacy. Maciej has contributed with his knowledge and experience in emerging identity, security and privacy solutions in various international projects.

Prior to founding Cloud Identity, Maciej has gained professional experience in such companies as Red Hat and Google and he continues to contribute to the Apache Software Foundation. In particular, he has worked on design and implementation of the Street Identity protocol that allows users to selectively share their attributes with third party applications. He has also worked in the Centre for Cybercrime and Computer Security at Newcastle University where he has led efforts of the JISC/HEFCE funded SMART project. This project focused on providing students and academics with new privacy and security controls over their data within their institutions and in the Cloud. Maciej and his team won the Kantara Initiative Identity Deployment of the Year (IDDY) 2011 award for their software.

Maciej is involved in numerous professional and academic activities related to online security and privacy. He serves as the Vice-Chair of the User-Managed Access (UMA) Work Group at Kantara Initiative. He is one of the specification editors of the UMA protocol that allows the user to play a pivotal role in assigning access rights to their data that may be spread across multiple cloud-based Web applications. Maciej is also one of the PC members of the ACM Digital Identity Management workshop. He has recently successfully defended his PhD thesis titled “User-Controlled Access Management to Resources on the Web”. He also holds an Advanced MSc degree in “System Design for Internet Applications” from Newcastle University (UK) and an MSc degree in “Secure Computer Networks” from Wroclaw University of Technology (Poland). His work has been presented or published at international conferences, including JDD, JavaOne, Devoxx, MW4SOC, ACM-DIM, ACM-IMC, ICDS-SPCC, IEEE SSP, EIC, AXN/OIX, CIS, IIW, and Internet2 Global Summit. 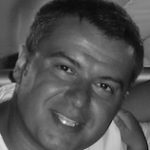 Domenico Catalano, Identity Architect, Oracle Italy. He has been working on digital Identity, security and privacy for the past decade.  He is also an evangelist for federation and emerging Internet Identity technologies. He served as Senior Software Architect at Sun Microsystem. Domenico is a leadership team member of the User-Managed Access (UMA) Work Group at Kantara Initiative. He has collaborated with the department of Computer Science of the Newcastle University (UK) on the SMART project. Domenico received his Master degree in Computer Science at the University of Salerno (Italy), with a thesis on Data Security and Cryptography. 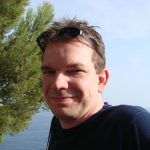 Ingo Friese, Research Engineer and Project Manager at Deutsche Telekom AG. He has more than 10 years’ experience in the field of in Identity Management, Next Generation Networks and IMS. Ingo has been engaged in several research- and strategic projects for Telekom Innovation Laboratories the central innovation unit of Deutsche Telekom AG. Currently he is in charge for architecture and standardization in a machine-to-machine communication project with various pan-European partners. Ingo iss the convener of the “Identities of Things” discussion group of Kantara Initiative. 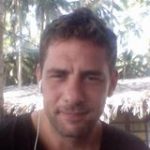 Mark Lizar, Consultant and Integration Technical Producer for Smart Species, LTD London.  Mark founded Identity Trust WG in 2006 at Identity Commons, which specializes on personal identity, social enterprise, and a community interest company.  During that time, Mark served as the Secretary of the Privacy and Public Policy Work Group at the Kantara Initiative in 2007, where he, co-founded the Consent and Information Sharing Workgroup in 2009. Mark developed the surveillance trust framework in 2010 and founded Open Notice in 2012, which is leading the design and development of the Consent Receipt, its Registry and Dashboard.  Mark has worked for global companies in identity management, security and privacy.

Mark holds multiple Degree’s in Criminal Justice policy, Sociology/Anthropology and law from Carleton University in Canada, as well as an MSc in Social Research Methods and surveillance from London Southbank University. MSc Thesis “Towards a Framework of Contextual Integrity: Legality, trust and compliance of CCTV system signage” was published by Routledge and is apart of the Surveillance studies network at Queens University Canada. Latest publication “Usable consents: tracking and managing use of personal data with a consent transaction receipt” Published Sept 2014. 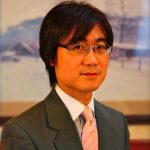 Nat Sakimura, Research Lead Digital Identity, Nomura Research Institute (NRI) – Nat Sakimura is the research lead on Digital Identity at Nomura Research Institute (NRI). Bringing Power to control his identity in the Cyber Space back to the People is what he aims at. He was a co-outher of OpenID Provider Authentication Policy Extension (PAPE) specification, the OpenID Connect Core and Artifact Binding specification, JSON Web Token (JWT) specification, XRD specification, and the co-chair of the OASIS Open Reputation Management Systems TC. He has been the elected member of the OpenID Foundation board since 2008 as well as the founding board member of the Kantara Initiative. He has served in various Japanese government committees and is currently a member of the (Identity) Information Coordination Platform Technical Working Group in the Cabinet Secretariat which deals with the forthcoming Citizen Identity system. Nat holds a M.SA degree in Economics from University of Western Ontario, and a B.A. in Economics from Hitotsubashi University, Japan. His interests include digital identity, privacy, distributed systems, music, and poetry. 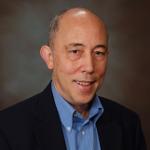 Michel Prompt, Radiant Logic is a world-renowned developer, researcher, and entrepreneur. Prior to founding Radiant Logic, Prompt served as Senior Vice President of Client/Server Technology at Knowledgeware, now known as Sterling Software. In 1986, Prompt founded Matesys SA in France, a company dedicated to providing services and database support. Matesys introduced the first “file-manager,” duplicating the “Apple Macintosh finder” under Windows 2.1 and sold 500,000 copies to IBM for academic bundles. Prompt founded Matesys Corp., in the U.S., in 1991, becoming one of the pioneer companies in client/server technology. Matesys introduced one of the first visual programming tools under Windows 3.0 for the client/server market (Object View). Prompt successfully sold the company to Knowledgeware in 1993.
Prior to Matesys, Prompt was a core developer in the database group of the GCOS 7.0 Operating System for Bull Systems. He also served as a consultant to Cap Sogeti Gemini, one of the largest IT service companies in Europe. Prompt received his diploma from Institut Politiques de Paris (Political Sciences Institute of Paris). He holds a Masters degree in applied mathematics from Paris Dauphine University and received a diploma of advanced studies in computer science from Paris Dauphine University.